Having survived the turning of the Long Cycle, we’ve nearly reached the end of 2012.  I figured I should include a quick year-end wrap up post on Monday or Tuesday (whence I might make use of my 2012 Lovecraftian gaming product list) but in the mean time a little bit of house keeping is in order since we’ve had a few new releases to mention:

The Shadow of Krampus (Free PDF for Macabre Tales)

Additionally there have been new episodes of News from Pnakotus and The Miskatonic University Podcast, who followed up their extended interview with Adam Scott Glancy with an entire episode dedicated to Pulp.

Stay frosty until next time.

The good folks at 314 Games, the Spanish-language publisher of Call of Cthulhu games, contacted me a while back about publishing a Spanish-language version of my monograph Machine Tractor Station Kharkov-37.  I’m happy to announce that they’ve just released both a PDF and print version.

For the curious (and Spanish speaking), the gang at 314 took the raw text of the monograph and revised and expanded it with only a little input on my part (since sadly my Spanish is limited to asking directions to the library).  I’d love to put together a revised and expanded version in English at some point (and had been working on that before the Masks Companion completely ground to a halt…)

I hope CoC gamers in the Hispanophone world will enjoy my nightmarish foray into Soviet horror.  My thanks to Enrique and 314 Games for taking an interest in my little scenario. 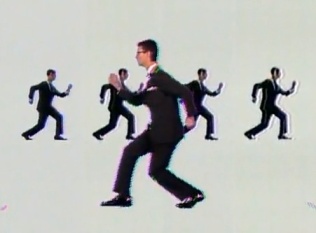 You may find yourself, living in a shotgun shack…

Since 2005 members of the Delta Green mailing list, including myself, have participated in the mostly annual Shotgun scenario contest.  I’ve been fortunate to have been voted the winner of that contest twice and have enjoyed participating in it nearly every year.

Since the usual suspects weren’t able to organize a contest this year, I’ve taken up the charge.  Check out the announcement here; if you’re a member of the list, feel free to dive in and contribute.

The folks running the revived NecronomiCon have started a Kickstarter to cover their early expenses.  If you’re interested in this convention for all things Lovecraftian, take a look.  They’re offering a plethora of interesting treats for donors.

Cubicle 7 have released their first PDF scenario- “The Ballad of Bass Rock“.  This was a scenario cut from Shadows Over Scotland (due to length).  I’ve added this to the 2012 Lovecraftian RPG release page and will check it out when I have the time.  I suspect it will be of the same high quality as the rest of Stuart’s other work.

A quick note to point out the gang at the Miskatonic University Podcast have released a new episode (#20).  It’s always an interesting listen made more so by their guest Adam Scott Glancy of Pagan Publishing.  He talks about what’s up with Pagan, how their Kickstarter for Bumps went, and what scenarios he favors for a Keeper new to Delta Green.  Yeah, he says nice things about “Last Things Last” again.  I should blog about how that little scenario came to be at some point…

Nearly four years ago I wrote “Notes on the Turner Codex” for Miskatonic River Press as a tribute to Keith Herber (and his scenario “The Evil Stars”).  I recently discovered the article had inspired another blogger, one Craig Stanton, to create art for the various bogus album covers for the band (along with a few sundries).  I’ve dropped him a line… to make sure he corrects some blurring between what Keith created and what I built off of from his fine work (and to politely suggest he link to my original article).  Anyway, I thought I’d share what he created based on my descriptions.

The cover depicts the logo of the band, the three letters of its name in silver on a black background, tumbled together forming a strange shape. Viewers making a Cthulhu Mythos roll note the similarities with the dreaded Yellow Sign, though the cover art is completely mundane.

The cover is a triptych of photos of the three band members (Lochnar, Schwartz, and Holland), each bound in a straight jacket. Holland glares at the viewer, his head low. Schwartz has his head turned to the side and is muzzled. Lochnar stares straight ahead, his moutha bloodied mess, two streaks of blood framing his chin. Behind each is a large stone pillar engraved on which are the letters G (Schwartz), L (Lochnar), and C (Holland). Scribbled across the front is the title, as if painted in blood. Careful examination of Lochnar reveals he is wearing an onyx v-shaped earring, set with nine diamonds; anyone familiar with the spell Free Hastur will see a parallel between this shape and the monolith arrangement in the spell. The reverse of the cover shows the band members in full regalia standing behind a bonfire. Lochnar has his hands raised above his head. An Astronomy roll notices his arms frame the constellation Taurus.

The cover art is the band, photographed from behind, at the conclusion of their final performance in Jacksonville. Lochnar is at center-stage, back lit and casting a long shadow, while Holland holds his bass aloft in one hand and Schwartz pushes his drum-kit off its weird faux-stone riser. The audience is awash in flash bulbs and cigarette lighters held aloft.

I’ve had a little free time and have expanded my set of graveyard maps to include Suffolk County (aka Greater Boston).  Have a look.

Admittedly it is the smallest county in Massachusetts but it contains some of the most well known burying grounds in the state, including Granary and Copp’s Hill, and not just because ghouls are cavorting about within their walls.

More news soon on the gaming front, I hope.