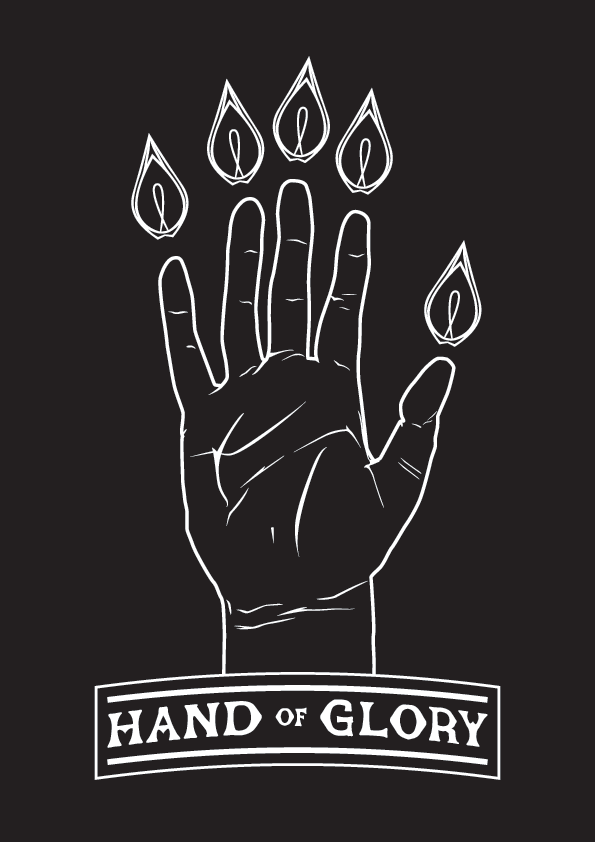 Let’s organize things in a pseudo-Occult way!  Cue the Hand of Glory…

Pointer – Role-playing Public Radio have released their 100th episode (in two parts).  An interesting behind the scenes discussion and retrospective.  Speaking of podcasting mile-stones, the Good Friends of Jackson Elias have marked their 1st anniversary, which in the world of gaming is the used copy of X1 – the Island of Dread anniversary.

Index – I’ve added a new blog to the links list, this one dedicated to reviewing Call of Cthulhu scenarios, which goes by the enigmatic name of ‘Call of Cthulhu Scenario Reviews’.

Ring –  Goodman Games’ Kickstarter for “Starfall Over the Plateau of Leng” has about 11 days to go and has doubled the initial target.  Golden Goblin Press expects the PDF of “Tales of the Crescent City” should be available by the end of the month.  Why do I suspect Oscar Rios takes his authors’ and artists’ families hostage… 😉

Pinkie – Yet another assassination attempt on Cthulhu scholar Dan Harms has failed.

Thumb – Something I’ve been thinking about lately, is that, considering we’re 1/2 way through the year, that there has been so few Call of Cthulhu releases this year.  We have three ‘Trail’ products, a pair for ‘Achtung!’ and a ‘Laundry’ book (both PDF only), Cathulhu, and three (very well done) free fan-made products. I understand there is a hiatus waiting for the release of CoC 7th edition, but jeez.  This is the slowest year since the nadir of the game in 2003 and none of the professionally released books are for traditional CoC.  Let’s hope the back half of the year is better.